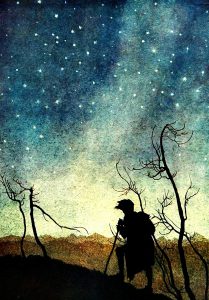 And like that January is over and we’re slap bang into February! It’d be remiss of me, and possibly even unIrish if I didn’t mention the beginning of the “stretch in the evening”, I actually got home from work one day this week and it was still bright out! Spring is here. But I guess that is more of a February topic, January is very much about the winter. And the dark. And the rain. My god the rain!

So much water everywhere!

In January I read 11 books. Eleven! I’m impressed at that, although 2 were picture books. 7 were by women, 3 by men, and 1 was a collection of short stories by men and women. Two were non-fiction, and two featured lgbtq characters. Only 1 was by a “diverse” author1. So, of those eleven I’m going to attempt to name my favourite…

I think I’m going to go with Clockwork boys by Ursula Vernon. It was damn fine read. but honestly, most of the books I read this month I really enjoyed. The only one I wasn’t too pushed on was Old Ways Old Secrets, and that might be because it was a bit New-Agey for me.

I also watched 13 films in January2 and my favourite was Three Billboards Outside Ebbing, Missouri. Of the ones I watched at home I think my favourite was Step Brothers because well, that bunk bed scene.

Small screen wise I’ve been really enjoying GLOW, its is fun and so awesome. I’ve also been watching Star Trek: Discovery and enjoying it.