It isn’t quite September yet, but Carl has opened the doors to this year’s RIP challenge a tad early. See others’ reviews here.

I am doing Peril the First : Read four books, any length, that you feel fit (the very broad definitions) of R.I.P. literature. It could be King or Conan Doyle, Penny or Poe, Chandler or Collins, Lovecraft or Leroux…or anyone in between. I also hope to be joining in the group read of The Little Stranger, maybe I’ll do The Graveyard Book as well, and hopefully at least one or two films for the Peril on Screen.

March has srpung, which means that it is time for the Once Upon A Time reading challenge. Year 6 if you can believe it! As usual I have a vague idea what I am going to read, but amn’t definite. I do know I am starting with Rosemary & Rue by Seanan McGuire. After that… well, we will have to wait and see. 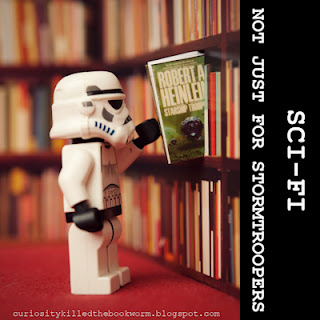 First up, Carl’s Science Fiction Experience 2012, because I just don’t read enough classic sci-fi. And I’m think that I’m going to amalgamate this with Curiosity Killed the Bookworm’s 2012 Sci-Fi challenge as they both have the same goal. At the moment I only have one title in mind for this Zoo City which I bought last year but never got around to reading. It is supposed to be excellent. So fingers crossed I actually get it started.

So far for these challenges I have read:

I think I’ll join in Cynical Bookworm’s Gender in fantasy and scifi challenge because it sounds like an interesting few books.

The rules are simple and not very restrictive:

You can see the full reading list here: http://cynicalbookworm.blogspot.com/2011/11/gender-in-fantasy-and-scifi-challenge.html

This site uses Akismet to reduce spam. Learn how your comment data is processed.