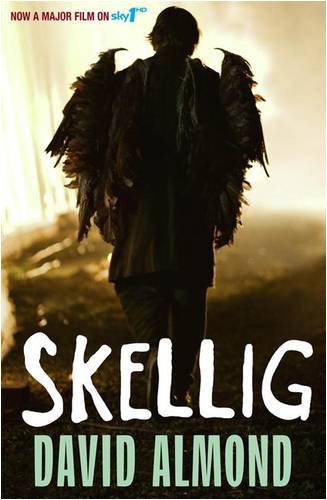 I found him in the garage on a Sunday afternoon

I’ll be honest, I picked this up because back when I had telly I thought the ads on Sky for the film version looked cool and interesting. And then the book showed up at work. I love it when that happens :)

It isn’t a big book, but it packs a lot in there. The main character is Michael, a ten year old boy, whose life is on hold. His baby sister is ill, his parents are trying to fit him in while worrying constantly about her, and they’ve just moved into a new house. He has a lot going on before he meets Skellig.

As for what Skellig is? Well, I don’t know. The back of my version called him an angel, Michael and Mina think he may be one, but that is never really answered. There is a lot in this book that is never answered. And I liked that. I liked a lot about this book.

It is well written and in places creates a wonderfully mysterious atmosphere, as well as portraying Michael’s uncertainty with where he fits in life. But at the same time I don’t know if I’d read it again, so while I liked it a lot I didn’t love this one.

Tags: 1001 Children's Books You Must Read Before You Grow Up8 Starsangelscoming of agePrintz Honor awardshinySkellig