Told from a variety of point of views, and interspersed with flashbacks this book starts off with an affair that turns into an alleged rape. Sophie is married to James, the man accused in this case. Kate is the prosecuting barrister. One believes him guilty and will do everything to secure a conviction. The other woman cannot believe her husband guilty of such a crime. All she wants is to save her family.

But which of them will be proven correct? And will the truth come out in court? 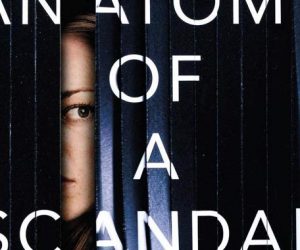 Anatomy of a scandal by Sarah Vaughan

There has been quite a bit of hype about this book. And it is very popular, waiting lists at the library meant I had to buy a copy as it is my bookclub’s selection this month. But to be honest, it didn’t really work for me.

From the very start I found the characters quite stereotypical, and they just didn’t ring true for me. They felt so clichéd. But as it went on I found that it did improve. It was perhaps at its best towards the end, after the trial, with Sophie’s reactions and though processes. I don’t think it did enough to become a book that I would recommend, but it does raise issues of privilege, power, and the abuse thereof.