Set in pre-colonial Nigeria Things Fall Apart is the story of Okonkwo and his community. He sees himself as a hard-working, important man, he has gained many titles through his hard work and effort as well as creating a profitable farm. His three wives and children are all well fed and cared for. One of his greatest concerns is to ensure he is seen as different from his father, an indolent man who never worked unless he was forced to and died in debt to many men. He is worried that his eldest son Nwoye will turn out like his father, and he often wishes that one of his daughters, Ezinma, was a boy as he sees much of himself in her.

This is one of the great African novels. It is concerned with the change in lifestyle from the traditional tribal or village life of the Ibo people as the colonising British begin to make their presence felt. Okonkwo is a traditionalist, he wants to follow the ways of his ancestors. He is proud of his town and the other 8 towns that make up the Umuofia clan. He wants their way of life to continue and prosper. 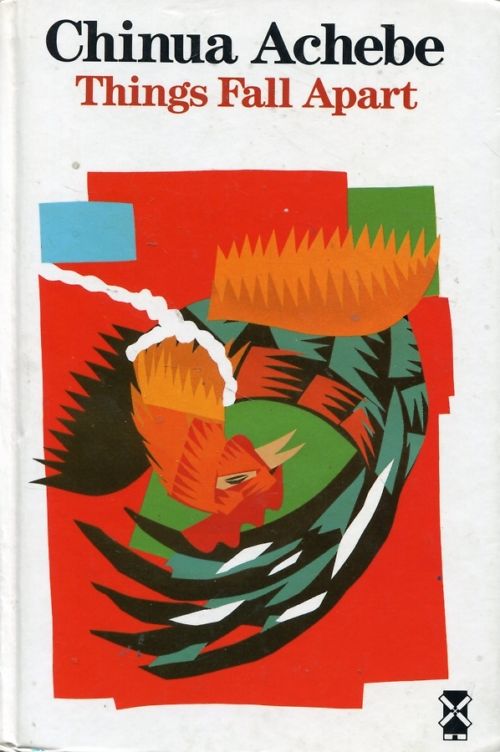 I am afraid that this is one of those books that I can appreciate but am unable to really like. Okonkwo is not a character I could ever come to like, he is far too much of a male chauvinist, but at the same time I can understand his utter dismay at the way his people are changing. Their laws and traditions are being taken away from them, even their gods are being supplanted by the colonisers.

I found it an interesting read, learning about different cultures always is, but this is not a book I think I would reread.