Part of this year’s RIP reading

The first recorded mention of lycans was in the 7th century. The result of a prion disease, similar to CJD or mad cow disease, spread through blood. Today, in modern America, the lycan is very much a second class citizen. Transformation is illegal. All lycans should be registered and take their medication, designed to keep them from shifting to werewolf form. In the 1960s, the days of rage some werewolves fought back. They made some grounds, but now the fight has been taken up again, and not by those professing peaceful, democratic means. Instead terrorism is the name of the game. 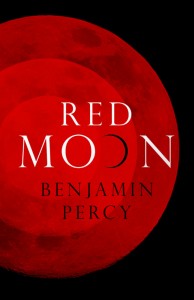 This book has been on my TBR pile for ages now. There was loads of buzz about it when it first came out, so when it arrived in the library I stuck it to one side. And then RIP time rolled round, what suits that more than thrillers and werewolves?

I enjoyed the writing, it is fast-paced and there is plenty going on. Unfortunately it is just a bit all over the place. Percy switches POV from chapter to chapter. Many different POV characters. Too many for me. It felt a bit messy to me. The set-up seemed to go on and on, and then towards the end of the book there is an event that changes everything, and it didn’t make much sense.

I still enjoyed the book. It works if you don’t think too hard about it, but I’m not quite sure why all the raving went on. Worth reading, even if it is a big giant book, but not worth raving about :)