You know the story of the little mermaid, well, imagine if the reverse were to happen. A human who wishes to become a mermaid.

Only not a mermaid, but an atargati, a species of intelligent deep sea dwelling beings whom humans know very little about. Dr. Cadence Mbella is studying them, she is the world’s foremost scientist in her field. And yet she knows that people know very very little about atargati society. Even the very basics aren’t too clear, but she would dearly love to know more. 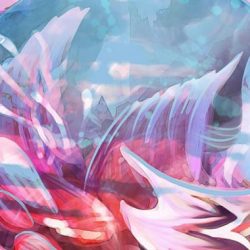 I really enjoyed Mbella’s story. She tells it in first person narrator, so the reader isn’t sure what is happening in the wider world, it is all from Mbella’s point of view, which makes for a great tight plot. The device used, that she is recording herself in order to note her scientific observations, means that occasionally there is a bit of a jump in the narrative. When she doesn’t have her recording machine with her, for example. I would have enjoyed reading more what Mbella got up to in those periods, but this is a novella or novellette, so I guess some parts had to be kept short. Nothing of the main thrust of the story is missing though, so that isn’t an issue.

The atargati society is really interesting, and the parallels with plot of The Little Mermaid were really well done. It is a book that would make me interested in reading more by the author, so it is good to see that she has a fair few other books out. I’m sure to pick one up at some point

@Lexialex We will take you! although we are sadly not immune to the fascists and the stupid.

RT @tweetymonkey There is nothing funny about this tbh. Hey @gardainfo do you think something should be done about this? pic.twitter.com/EkjSMUxF0B