Peter Lake was once in training to be a mechanic, but a tragedy meant that he was cast out of that life, and found himself with the Short Tails. A New York gang run by Pearly Soames. There he became a master burglar. But he went against Pearly and so the Short Tails are now after him. He keeps running, they keep chasing. But then Peter finds himself a white horse, and now he can escape all the faster, and return again. Because where else can a burglar live and work but in New York? 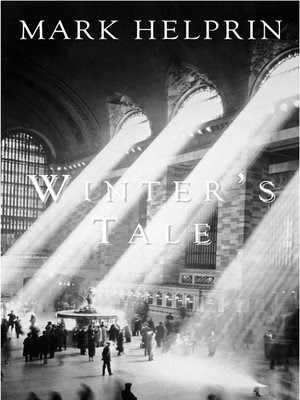 I initially requested this from the library because of the group read, but I started late and never really got around to participating. My bad. But I did read the book, so that’s something, right :)

Reading this book reminded me a lot of Little, Big by John Crowley[1] as it had that big sprawling feel to it. I also had very little clue what was going on. Well, that’s not quite true, I knew what was going on, but I had no clue what it was all about. Unlike Little, Big though I actually enjoyed this book. I won’t say I loved it because that would be going to far, but, while reading it, I liked it. I wasn’t rushing back to it though, which is why it took me so long to get through it. But it is a book that rewards a slow read. And I think would be even more rewarding to reread.

This is a book filled with beautiful images. In places it is funny. It is moving. But it is too long, and, it talks around the point in a lot of places. Basically Show Spoiler ▼

Peter Lake is some sort of saviour. When he comes to New York he sees a dying child, but at the time there is nothing he can do about it, later he thinks back to that child and wants to save it. And then it turns out that this child is reincarnated as another child and by dying he saves that girl. And along the way he meets the “white horse” that becomes Peter’s protector, and who later flies off to heaven. Got that? Peter also falls in love with Beverly Penn, who is dying of consumption. She dies, but protects him, and her influence seems to inspire Peter to search out justice. But all told in a long and very winding way.

So, it has many beautiful images, but as a whole it just didn’t work for me. And yet there are so many beautiful passages and bits to it that I can’t say that I didn’t enjoy it.

I would like to give it another go at some point, and it is perfect for a winter read.