Okay, first off the cover to this is awful. Really, it is. 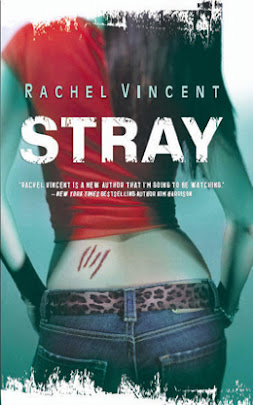 And second of all, I did have huge problems with this book. But I’ll get to them later, first off lets re-cap!.

Faythe Sanders is not your average college student. She is a werecat, and the daughter of her Pride’s alpha. And as males are a lot more numerous that females among werecats, she is valuable for her gender alone. So when some stray werecat starts taking other female werecats Faythe is called home. For her own protection. Protection she just doesn’t want. She has fought long and hard to get her freedom and she isn’t about to surrender it easily. She doesn’t want to settle down like the other “tabbies” and raise a litter of children.

So far, so fairly standard for these sorts of books. And Vincent writes a good page-turner. But my first problem with this book was that it reminded me just a tad too much of Bitten by Kelley Armstrong. Which I love. It even has a similar love element to it. Instead of Elena’s ex Clayton, Faythe has Marc. Both are trying to escape the rules and regulations of the pack, or pride. But that didn’t bother me all that much. Not as much as the silly spelling of faith[1] I mean why does it need the y? Why?

My real issue with this book is with its treatment of rape. Or more with Faythe’s view of rape. She is not about to let herself be raped. She would rather die.

Okay, grand, so she’d rather die. But rape isn’t about what you would rather, is it? And to have her have that opinion and never seem to realise that she, in fact, could have been raped means it sorta got a little uncomfortable for me. It isn’t judgemental or anything like that. But to give the impression that if you fight hard enough you won’t be raped, well, that just isn’t true.

Then again, that is a serious issue for a book like this to be dealing with. This isn’t a serious read. It is a quick bit of light entertainment. Urban fantasy and shape-shifters, with a bit of romance thrown in. And in that respect it more than does the job. And seeing as we just got the reissue of the series in at work, I think that I’ll pick up a few more in the series at some point.

And hopefully the main character Faythe will grow up a bit in those other books. A lot of her actions were very childish and immature. And she does whine a lot. But I think she is doing the whole teenage rebellion thing, so I wasn’t too bothered by some of her stupidity and stubornness. If I do read on I do hope she outgrows them though. She’s already a little old to be a whiney teenager

Overall though, it does sorta do what the cover suggests.