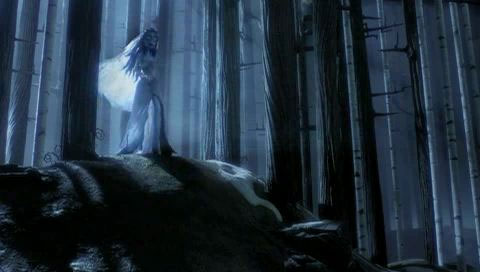 Poor old Victor just can’t get his through his wedding rehearsal, can’t remember his lines, bumps into things, sets the bride’s mother on fire. It is all enough to send anyone running for the woods. But Victor has fallen in love with his arranged bride-to-be and sets about practising those vows. Only problem is that, in doing so, he manages to marry a dead woman; the Corpse Bride. And she has waited long enough for a husband, and so does not intend to let this one get away.

I really enjoyed this film. Visually it really is stunning. The stop-motion figures look fantastic, the bride in particular. The songs I wasn’t overly impressed with, but they did the job. What I did love was the Victorian attitude of Mrs (Lady?) Everglot, with her constant disapproval of her daughter and her impropriety. You know, like being able to talk without gasping as she isn’t wearing a corset.

The story is based on a russian folktale, which in turn was based on anti-semetic practice of waylaying Jewish wedding parties and murdering the bride.