When I first read about The Power I was both intrigued and a little put-off by the premise; women suddenly develop the ability to generate electric bolts and use them as a weapon, similar to how electric eels operate. This obviously has serious repercussions in society as women are now physically dominant to men. I was intrigued because, well, doesn’t it just sound fascinating? But at the same time it sounded a little too much of a concept book and I was worried that it would be all message and no story, and more importantly no character.

Luckily it has all three, a message, a story, and characters. It is a fascinating book. 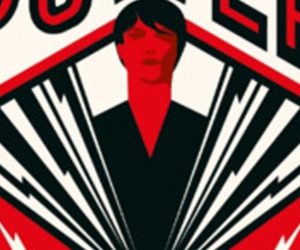 There are four main narrators, three women and one man. There is also a series of letters framing the story, between a man and a woman in some long distant future. This story is part of their ancient history.

If all that sounds confusing, well, don’t worry, it isn’t. It’s just a nice little device used to highlight some of the issues the book raises. Power, corruption, gender identity, politics, sexism, etc.

The main theme of the book is right there in the title, power, who has it and what they do with it. It uses the inequalities between the sexes today to explore those power dynamics, and in part it is about sexism and misogyny, but I think that the central argument of the novel is that power, in and of itself, creates problems.

It isn’t a perfect book however, I think that individual’s attitudes towards themselves and the “opposite” sex changed a little too quickly. Society has conditioned us all in a million different ways, I’m not so sure that we’d change so utterly in our private thoughts and attitudes within one lifetime, especially for those who were older when the change occurred.

There is some mention of men who develop this power, and women who never do, but these are more in passing rather than an overt look at transgender or intersex people. And race doesn’t seem to be looked at at all. But one novel can’t do everything, so I wouldn’t criticise it too much for that.

However there is a point midway through the novel when I felt it was a little stuck and slow, but the pace soon picked up again and I didn’t have any other issues with it.

Overall I really enjoyed it, it was a quick easy read, although some scenes were quite disturbing. And it really was an interesting look at society and people, and of course, power interact.