So this was not a very good film. 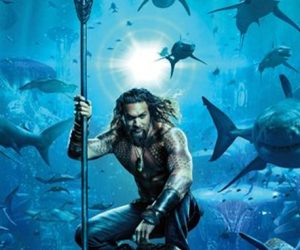 I mean, I don’t think I was expecting too much, it is a DC universe flick and apart from Wonder Woman I haven’t had much joy from them. But I had heard semi-good things about this. You know, that it was fun and maybe mindless, but of the enjoyable sort.

Mindless it certainly was.

Fun. Enjoyable. These are not words I would associate with this film however.

Reader, I was bored.

I did like seeing Temuera Morrison up on the big screen, and that mermaid/selkie storyline was probably the most enjoyable aspect of the film. But the rest of it. I just… it was bad. It made no sense. It was not fun.