Long and long ago, when Oberon was king of the fairies, there reigned over the fair country of Phantasmorania a monarch who had six beautiful daughters.
–M. M. Kaye - The ordinary princess - c.1980, 2002

At her christening Princess Amy is blessed with the gift of being ordinary by one of her fairy godmothers, and, much to the horror of all around her, that is how she grows up. Where her sisters are tall, blonde and blue-eyed, she has mousy hair, a snub nose, and freckles! As she grows up, her sisters marry but no prince wishes to marry this “ordinary” princess.

And no princess of Phantasmorania will remain a spinster! Her parent’s advisors consider various plans, including paying for a dragon to ravage the land, for every prince would love the opportunity to slaw the beast and be rewarded with Amy’s hand in marriage. But she overhears these plans and decides that is not the life for her and so runs off to live an ordinary life. 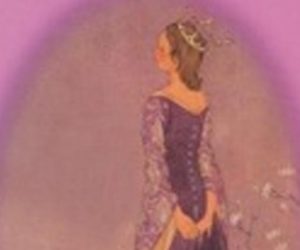 This is a lovely simple story, perfect for young readers. It is easy to read and entertaining, although, like many children’s fairy tales, it is a tad simplistic but I think that is part of its charm.

Bzzzzz Had to give this queen bumble some sugar water to help her get going again. Found her unmoving on the footpath. She flew off after a few mins of drinking and sunshine instagram.com/p/B-udJl9FMiU/…

The old cliché of #cats and boxes instagram.com/p/B-iN8bdBgCX/…

I've signed up to run a marathon in April. But don't worry, I haven't gone mad, its a few k every now and then over the month, to help raise money for Bernardos, a children's charity in Ireland. **If** you can have the cash to spare you can donate at facebook.com/donate/9230712… If