When you were young you used to be immaculate.
–Deirdre Sullivan - Slippershod, in Tangleweed and Brine - c.2017

A collection of thirteen short stories, retellings of various fairy tales, with a feminist slant. 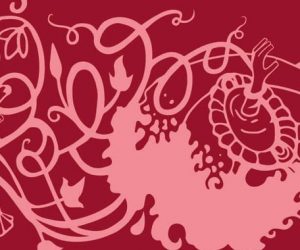 Deirdre Sullivan is one of those authors I’ve been meaning to get to for a while. She got a lot of praise for her book Needlework and I really want to read that.

But I’m a sucker for fairy tales and retellings and this book has such a beautiful cover that I couldn’t resist it. It’s so pretty, and intriguing, and the illustrations inside are just as great. Well done to the illustrator Karen Vaughan

The stories themselves felt more like vignettes that stories. They delve deeply into the characters emotions, and thoughts, rather than focusing on what is actually happening, and the endings are often open to interpretation. They are wonderfully evocative and atmospheric.

And all share this sense of the female body as being in danger, of being something that is used and abused. All the characters must address this through their own deeds and actions, there are no fairy godmothers swooping in here to save the day. And the magic in the stories is usually the darker sort than merely the weaving of a wand.

I really enjoyed it, and if you like your feminist fairy tellings bloody and dark then you might too.

The old cliché of #cats and boxes instagram.com/p/B-iN8bdBgCX/…

I've signed up to run a marathon in April. But don't worry, I haven't gone mad, its a few k every now and then over the month, to help raise money for Bernardos, a children's charity in Ireland. **If** you can have the cash to spare you can donate at facebook.com/donate/9230712… If

3 of 5 stars to Kolymsky Heights by Lionel Davidson goodreads.com/review/show/32…