In 1873 a package was delivered to a magician. A package that was, in fact, his daughter. The child’s mother had killed herself, distraught at being abandoned by the magician, and yet he rarely even thought of the woman again. His daughter however, she provided a new opportunity to challenge an old not-quite-opponent. She would play as his piece in this game, another would be chosen as her opponent. 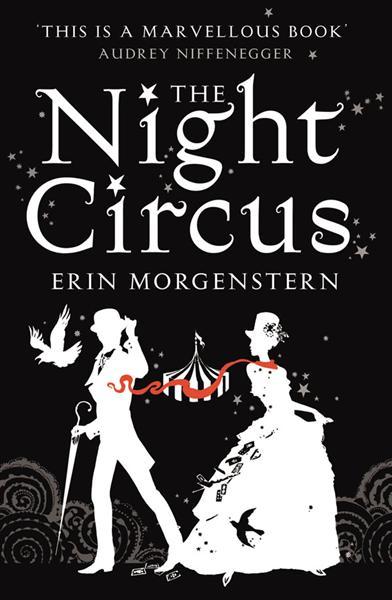 The Night Circus by Erin Morgenstern

Oh this is a wonderful book. It is just, well, lovely. Which is a terrible thing to say about a book. *Lovely* it sounds a bit damning with insincere praise I guess. But it really is lovely, and magical, and just great!

It is a tale of romance and love, of adventure and magic. And the writing itself is just spot on in creating and maintaining the atmosphere of mystery and enchantment.

can you tell that I enjoyed this book?

Some of it may be a little mysterious for mystery’s sake, but any faults this book has aren’t enough to make me not love it. The Night Circus has a great dreamlike quality. And the imagery is lovely. There’s that word again! It may face a little criticism for being slow, but to me that was part of the appeal. It develops and unfurls, it is never rushed or hurried.