Book two of The Wall of Night. Read for the Once Upon a Time VI challenge
Read the prologue here 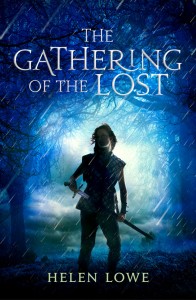 Gathering Of The Lost - Helen Lowe

Five years have passed since the events of The Heir of Night so if I was to mention anything that happens I might actually spoil you. And I wouldn’t want to do that, would I? Suffice to say that there are more Darkswarm and conspiracies, but we are no longer on the Wall. Instead the story takes place among the native culture of Haarth.

In many ways this is a very traditional epic/heroic fantasy. Our hero, destined to save the world, out on a quest to track down magical artefacts and gather an army. Along the way pursued by the bad-guys and meeting up with possible allies and the like.

But the world-building here is very impressive. There are numerous different cultures and lands of Haarth, and they are all quite separate and distinct, and that’s before you get to the Derai themselves, who landed on Haarth many generations earlier from a different world.

My main problem with this book is the number of characters with fantasy-esque names, I did find it difficult to keep them all straight at one point.

But at the same time I really did enjoy this book. It isn’t the story I thought it would be, but in a good way, it is a much bigger and more complex story than I initially thought. I look forward to the next two books in this series. But not the wait. *sigh*

Other reviews: SFsite ; Waiting for Fairies