Imagine that God was a teenage boy, and a spoiled, sulky, sex-crazed one at that. One who became god because his mother won the job gambling. Now imagine that every time he falls in love, lust might be a better word though, the weather goes insane and it usually ends with disaster and death for hundreds if not thousands. 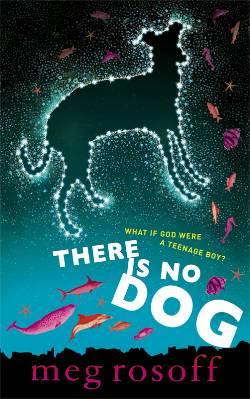 There is no dog - Meg Rosoff

I’ve read plenty of good reviews of Rosoff’s work in blogs all over the shop, and the premise of this sounded vaguely entertaining. But if I’m honest this book just did nothing for me. I didn’t get Bob the god, yes he was an irritating teenager and his mother was hell, but I never got him. Or any of the other characters.

Estelle struck me as someone who could have been a fascinating character. Unfortunately as a supporting character she didn’t get a whole heap to do. But I’d read a book about her if I got the chance. So I won’t be giving up on Rosoff as an author, I’ll just have to try a different work by her.