I seem to be reading a lot of myths, and myth inspired fiction, at the moment. Last it was Norse myths, and now I’m on to Greek myths, and the tale of Achilles and his role in The Trojan war. But Miller’s work is different from many others that I have read, because it is from the point of view of Patroclus, who is more often than not, a footnote or an aside in other versions of the myth.

Sing, muse, of the wrath of Achilles

but why did he rage? This is the story of Patrolcus and Achilles. It is a romance, not a war story. And the reader knows from the beginning that this love story between Achilles and Patroclus will not end well. 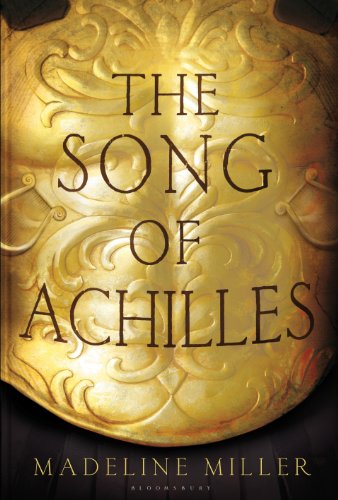 The song of Achilles - Madeline Miller

We first meet Patroclus as a young boy, his mother a “simpleton” his father nothing but disappointed in him; not fast enough to win races, not strong enough, not smart enough, not cunning enough. And then too honest, he admits to killing the son of a nobleman. An honest accident, but that doesn’t matter, the boy is dead and his parents want justice, and so Patrolcus is exiled to Phthia. Without a name, no longer a prince, he meets Achilles.

Achilles, son of a mortal man and a goddess. Destined for greatness. And so obviously “above” Patroclus. But for some reason Achilles is as taken with Patroclus as Patroclus is with Achilles. And from their childhood friendship something much more deeper develops.

And that romance is at the heart of this story. Miller tells it well, this is a page-turner. But it also something deeper than that. Yes, it is told from a male perspective but the role of women is explored through observations and comments that Patroclus makes.

Achilles is the product of a rape. And that point is made and explains so much about Thetis as a character. And the fact that almost every woman was under constant threat of rape and death is constantly highlighted in this book. Not in a heavy-handed manner, but simply as a matter of fact.

It turned out that she did know a little Greek. A few words, that her father had picked up and taught her when he heard the army was coming. Mercy was one. Yes, and please and what do you want? A father, teaching his daughter how to be a slave.

But don’t think that it is just about the negatives of life back then, although that does feature a lot, there is also the wonder of the gods. The glory of heroes. It is a vivid description of such a strange blend of the realistic and the incredible.

I really enjoyed it, but towards the end I felt it slipped just a little. Achilles’ character seemed to harden a little from the three dimensional man into the hero. Maybe because the myth and legend of Homer forced Miller in a certain direction?

It is a terribly sad ending. But a great read.

Other reviews: Fleur Fisher in her world ; Cornflower books