This is the sequal to Sabriel, and begins fourteen years after those events. The main star is, as the title suggests Lirael. She celebrates her 14th birthday as the story starts, and we learn that she, although one of the Clayr, cannot See. The Clayr are people with the gift to see the present, and also to see possible futures. Because she has not yet awoken she is treated as a child while those younger than her get to put on the white clothes of adulthood, she remains in blue. Always apart and alone. 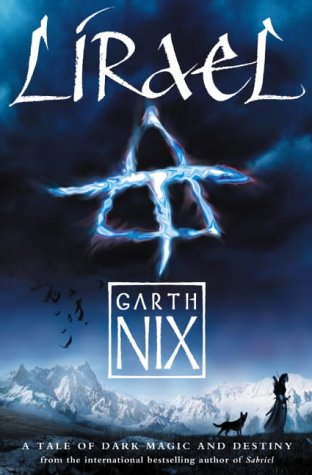 IBut there is trouble in the land, an ancient evil begins to exert influence and Lirael is, through her duties as librarian, dragged into danger and conflict. And then there is the Disreputable Dog!

Meanwhile, throughout the Old Kingdom the Abhorsen is busy fighting off increasing numbers of the waking dead, of creatures returning from beyond the gates of death.

I don’t want to give away too many details regarding the plot, for a lot of it would be spoilers for Sabriel, so I’ll just say that this is a really well-written book. It is a YA book, but there are also adult edition available (the covers are different). If you like fantasy novels at all I’d say you will enjoy this book. It has magic, adventure, trouble and darkness, but more importantly is has captivating characters and a plot that’ll drag you along with it.