For a film described by IFCO as only containing “moderate” violence Dunkirk certainly packs a punch.

The opening stars quiet, but tense, but quickly explodes into action and violence. And remains tense. IF I had to pick one word to describe the film, tense would be it. You watch the whole film waiting for the worst to happen, and sometimes it happens and sometimes it doesn’t. 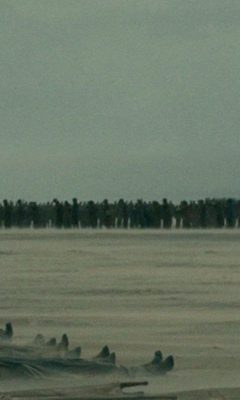 The evacuation of Dunkirk is one of those things that I was always aware of, but never really knew much beyond the broad strokes. The British army surrounded by the German and needing the help of small private boats to get home. And of course Churchill’s speech1 afterwards.

Dunkirk the film doesn’t really give much more than those broad strokes. It isn’t a film about the wider war, or the wider world. Not really. It is about the men on the beach, stuck and waiting to get home. It is about the men trying to save them in their little boats. And the fighter pilots doing their best to protect them all. It tells the story of Dunkirk by focusing on three distinct story lines, using almost generic people to paint a broad picture by reducing it down to bare bones.

And all the while death and violence is ever present.

It is a great film.

Criticisms have been made of it because it is very much a white man’s story. There are a few different ethnicities in the background, and women are shown very briefly in a support role, but others have pointed out that this isn’t the full story. And while it would have been nice to have other stories I think that Dunkirk is very much a film about the legend of Dunkirk as much as it is about the actual historical truth. Whether that is a good thing or not is a whole other issue. Of course Nolan could have been more inclusive, and that would have been great to see, and would it have been so hard to have given an Indian unit, for example, a quick on screen moment? They were there after all.

Despite that issue I would still have to recommend you watch Dunkirk. It is an impressive film, although if you are sensitive to loud noises you might want to prepare yourself.