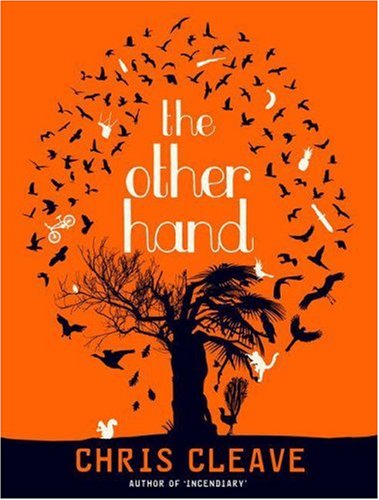 Most days I wish I was a British pound coin instead of an African girl.

I picked this book up totally on impulse. It was one of the large print books I was cataloguing and processing at work and for some reason it gained my attention. It served me well, two train journeys gone by pretty much without noticing as I was so into the story. But in the blurb the reader is asked to not tell anyone what happens, so how do I recap it? Well I could just ignore that piece of marketing[1] but I won’t, because I actually enjoyed the book. Actually, strike that. Enjoyed is totally the wrong word here, because there is a whole lot that isn’t enjoyable in this story. And I’ll agree with the blurb[2] when it says that “the African beach scene is horrific”. But it isn’t one of those depressing doom and gloom filled novels. There is plenty that is wrong with the world, and a lot of that is shown in this book, but at the same time it is really quite a positive novel.

On the girl’s brown legs there were many white scars. I was thinking, Do those scars cover the whole of you, like the stars and the moon on your dress? I thought that would be pretty you, and I ask you right here please to agree with me that a scar is never ugly. That is what the scar makers want us to think. But you and I, we must make an agreement to defy them. We must see all scars as beauty. Okay? This will be our secret. Because take it from me, a scar does not form on the dying. A scar means, “I survived”.
In a few breaths’ time I will speak some sad words to you. But you must hear them the same way we have agreed to see scars now. sad words are just another beauty. A sad story means, this storyteller is alive.

What I will say about the story is that it is told through the eyes of two women. The first, Little Bee, is a Nigerian refugee who is living at a detention centre when we meet her. The other, Sarah, is a young British mother, married with a lover and a career. These two have very different outlooks on life, and very different backgrounds, but their stories came together in tragedy. And it is a well written story too, at one point the narrators switch within a paragraph, and on one level you don’t notice, but you are never confused as to who is telling the story.

It’s a very good book in that I finished it and it made me think about it. But at the same time the situation is one in which we can all empathise and sympathise, but it is very hard to think of something that can actually be done. Still, real world problems aren’t the fault of the book ;)

It is however overly emotional and manipulative, but I can’t find myself disliking it. I know that some of the scenes are over written, and that there isn’t a whole heap of characterisation going on. But I don’t care. I still really liked the book. Maybe because I don’t usually read these sorts of books? Or maybe because I read it in two chunks? Or maybe because I agree with its leftist-liberal politics ;) I’m not sure why, but I do recommend it.