I was very doubtful about this film. The first Rambo First Blood is a classic. And for an action film it has an actual political message. But with every sequel that... 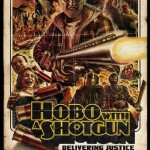 Based on the graphic novel by Alan Moore & illus. Dave Gibbons Don’t you just love it when you turn up to watch a crappy film[1] and then get to see...

Hola peoples, how was everyone’s christmas, I’m just back up in Dublin from Sligeach, had a very nice time, we even had snow so we did. Not on christmas day itself,...