Rome 2.5 Heroes of the Republic

Watch the story of history’s greatest gladiator unfold with graphic violence and the passions of the women that love them. This is Spartacus. Last week I finally finished watch the whole...

The man in the picture by Susan Hill

Part of my RIP VIII reading. Oliver is visiting his old Oxford tutor when Theo begins to tell him a story. It is a cold January night, perfect for huddling round...

This week’s essay for my Coursera Course got a 5. W00t :) Beatrice, Beatrice, let down your hair. Giovanni is not a pregnant woman, but his longing looks[1] into the enclosed...

Giovanni moves to a new city, and finds that his apartment overlooks an enclosed garden where beautiful flowers grow. And a beautiful woman tends to them. She is Beatrice, the daughter...

The Black Opera by Mary Gentle

Conrad Scalese’s latest opera was a great success. Unfortunately the theatre in which it was performed has just been stuck by lightening. And since the composer and many of the performers...

Ghosts of Vesuvius by Charles Pellegrino 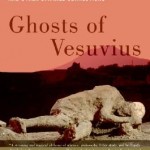 Spartacus : Gods of the arena dir. by Steven S. DeKnight

First things first, this is an awesome show. Awesome! Anyone who says different is just plain wrong!

When I first started watching Spartacus : Blood and Sand I have to say that I wasn’t overly impressed. Obviously influenced by the style and look of 300 it seemed to be a show that existed only to show glossy violence and sex. And boy did it ever show that. But after the first few episodes it developed into a very enjoyable, almost addictive, show. But then its star was diagnosed with non-Hodgkin lymphoma and so film making was delayed as he underwent treatment. And so instead of a second season we got a prequel. Spartacus : gods of the arena. Don’t be fooled by that name in the title, this has no Spartacus as all, instead it tells the story of how John Hannah’s Lentulus Batiatus comes to run the family ludus, and how Crixus becomes a gladiator.

ISBN: 9781841499734 An Alexia Tarabotti novel, The Parasol Protectorate: Book the Third Read for RIP challenge If you haven’t yet read Soulless and Changeless then I am afraid that this review...

A Thread of Grace by Mary Doria Russell

The final episode. I’m going to miss Lamb and Chicken, and even scheming Caesar/Octavian, not to mention bitch-Atia and all the others. And Beeb watchers, let me tell you, Heroeswhile entertaining,...

We start off this episode with Brutus and Cassius riding along with their army. Brutus is in good form, he has been chatting with the men, but Cassius is a tad...

Rome 2.5 Heroes of the Republic dir. by Alik Sakharov

After the excitement of the last episode it seems that Timon has refound religion[1] as this episode begins with him and his brother praying at Temple. I do wonder will this...