Remember how awesome Jurassic Park was? Remember the reality of the dinosaurs, of the wonder that the audience shared with the characters? Remember the horror and panic as things went wrong?

Well, Fallen kingdom has none of that. Honestly, I don’t know how film makers have managed to make dinosaurs so pedestrian and boring. 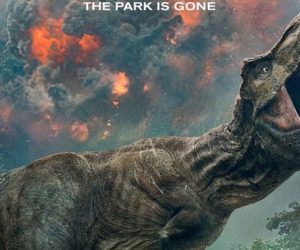 The story itself is also rubbish.

so yeah, I didn’t enjoy this, although in fairness it is slightly better than Jurassic World. Although that wouldn’t be hard I guess.

The Owen character is still a dick though, I really don’t understand how the audience are supposed to like him. He is less overbearing and irritating this time around, although he still doesn’t understand how clicker training works. Claire now wears flats when running through the jungle, so I guess that is character development…

As for the dinos, well, they don’t get enough screen time, and they aren’t scary enough, and they certainly aren’t filmed with wonderment.

So overall another meh film.