I added this book to my TBR pile way back in 2016 when the author talked about pitting his character against Rand from the Wheel of Time series. Usually I’m not really a fan of those “who would win if they fought” debates. Mainly because why would they fight seems to me the more interesting question. Although I suppose Rand in his grumpy phase would have fought anyone…

Anyways, the author seemed an entertaining enough person, and the book seemed intriguing. Aliens inhabiting human hosts but not controlling them but still telling them what to do. Immortal aliens who were now fighting a civil war using humans as proxies. 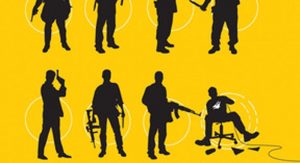 The lives of Tao by Wesley Chu

Unfortunately it was all a bit actiony for me. Too much action not enough character.

And the character that was there, well, it didn’t grab me. I wanted to enjoy this book. Honestly I did, but it just didn’t work for me. But if you a Jack Reacher fan and want a bit more sci-fi then this may well be the book for you.