In pre-Civil War New York Solomon Northup lives a good life with his family and two children. He is a free man, and well educated, but then he is abducted and sold into slavery. His freedom, as well as his name, have been taken from him. And to the slave-owners and slave-traders even his humanity has gone. He is simply a slave, property, in their eyes.

As many others have said this is not an easy film to watch. But is one that you should watch. 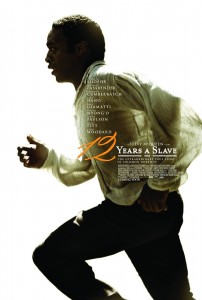 This is no romantic view of antebellum South, there are no happy slaves glad to be on hand for the “masters”, there is simply the brutal truth that slavery is evil. And those who own slaves are evil. Those who profit through slavery are evil. And that no part of a slave-owning society can escape the effects of that evil.

In many ways Solomon is the perfect individual to show how horrific slavery is. The average film-goer should have very little trouble in empathising with him; one minute he was a free man and the next he was kidnapped and had to learn how to survive. His incredulity at the beginning doesn’t last long, but wouldn’t we all react in the same manner if that were to happen to us?

There is no sugarcoating the evil of slavery in this film. Solomon is first sold to a seemingly “nice” master. He treats his slaves well, from a certain perspective. Ford seems to treat Solomon with a certain amount of respect. But when push comes to shove he is exposed for what he is, a man looking out for his own interests and business. And that demands that he sell Solomon on, ignoring the fact that Solomon reveals the truth to him. He is a freeman! but that fact is ignored, otherwise Ford would lose out on money. So Solomon is sold on, to a harsher owner, Epps, played by Fassbender.

Epps, in a lesser film, could have turned into a sort of stereotypical evil slaver. He rapes the female ones, treats them all abominably and belives this is the word of god. The slaves are his property and he will do what he wants with them, for he is their Lord and they must obey. But the fact is that people like that really did exist. That was a commonly held belief. And everything that his slaves endured really did happen.

Epps is the easy to despise face of slavery. Ford starts out by almost fooling you into thinking, well it could be worse, but the fact is that men like Epps could not exist without men like Ford going along with them. They may not agree with the brutality of it, but they’ll do nothing to stop it, they allow the evil to continue, and they make their living out of it.

In the end of course Solomon is freed. He returns to his family in an incredibly moving scene. But watching the film you can’t help but wonder how anyone could ever recover from that life of slavery, whippings, brutality and violence. Never mind the psychological damage that is inflicted by the idea that you are less than human. How could you ever return to the person you were before? How could anyone?

Of course this film made me think of Morrison’s Beloved, they both deal with slavery, but in this case Solomon shows us what a slave had to go through, Beloved showed us that but also how that experience was impossible to escape. That whole generations had to live with the aftermath of the damage inflicted on them.

It is a legacy that is still alive.