Zombies are everywhere lately. This short story does something a little different with the idea though, it tells the story from the point of view of the Zombie. This isn’t totally original, I recently read the beginning of Hugh C. Howey’s work in progress where he also has a zombie narrator. Still, it isn’t the usual zombie story. 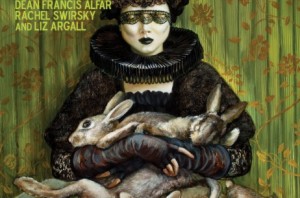 Don’t get me wrong, there is still plenty of gnashing and chomping on flesh. These are the undead zombies after all, coming for your brains. But what happens after the zombies win, and there is no more fresh flesh to feed on? And what effect does that have on a zombie, if there is such a thing as a single zombie when they are usually to be found in groups or herds?

This story sets out to tell that tale.

I liked it, quite a bit. It is told from the point of view of a zombie, so short sentences abound and the only descriptions are of what is happening. All the narration is in the moment and immediate.

It works, to a certain degree, but the story as a whole lacked that edge that would have made it a great story. There is plenty of reasons to read it, if only because it is that bit original.