As is my norm for these group reads I am behind schedule. I should have been posting this on Monday, but here I am, typing away on a Thursday. Nevertheless, I shall press on :) Better late than never, isn’t that right.

There will be spoilers up to the end of chapter 5 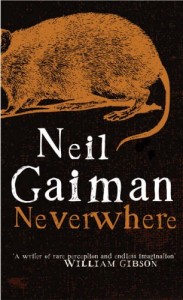 Don’t forget to visit everyone else who has joined in the group read, Carl has links on the bottom of his post.

And come back Monday, May 28th for discussion of chapters 6 through 12.