With the demise of the Celtic Tiger and the onset of the “economic doom and gloom” so popular in the media at the moment the young people of Ireland looked at their country with hopelessness. Some decided to emigrate, but those in this book decided to try something else. They would return to the land. Come together and work in the old ways, trying to become self-sufficient and maybe make some sort of future for themselves.

Or at least that is what the blurb on the back of the book indicates. In reality this is a mess of a novel.

For some reason the main individual in this book isn’t given a name, instead they are only identified as G. Sometimes, having a nameless character can add something to a book or a film. The nameless mysterious narrator. But then why give him the initialised nickname at all? But that’s a minor quibble. And had G. had a character or personality I would have been quite happy to get over it. But he doesn’t. 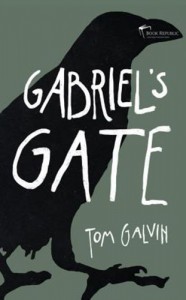 From the opening page I had a bad impression of this novel. It begins with a sort of a rant about crows, about them being the devil’s birds. Honestly? Really? I mean, okay, that was an old story told to G. as a child, but it is a theme that echoes through the book. And yet it is supposed to be a reality-based (or somewhat so) novel, not a fantasy story. Not that I particularly like that trope in fantasy novels either.

The anti-crow theme continues with other descriptions of them being evil, or that while all other birds are angels or some crap, and you should never hurt one but it is fine and dandy to kill crows and magpies. Why is that? I really don’t get people who hate crows. I mean sure, some of what they do isn’t pretty, and they may be regarded as vermin. But so too are many other animals and yet they don’t get the same level of hatred. But this whole crow issue is distracting me from the book itself. Which is probably a good thing in a way, because the book just isn’t very good.

The opening chapter is somewhat readable. A story about G. standing up to a bully at school. And on behalf of a “softer” child too. Establishing his “heroic” conditionals, you see. But it just doesn’t read like anything remotely real. It is stilted and clumsy. And clumsy is the word I think describes this book.

It wants to be about society and culture, and how the Celtic Tiger ruined Ireland and the local communities, and how land and family are important. But it doesn’t do anything of the sort. And because it thinks that it has this great message I have to judge this book even more harshly than I would an action or light read. But even if this was intended as a light read it still wouldn’t be very good I’m afraid.

I hate writing these sort of reviews. I always feel that to write a book must be such a huge amount of work for anyone. And then for someone to dislike it, and write about why they dislike it, is sorta mean. But at the same time, I feel that I have to be honest. And if I’m honest, this book just is not good.

Other reviews: Irish Independent (read the final final line in the first/only comment though) ; if you’ve read & reviewed this let me know and I’ll add a link