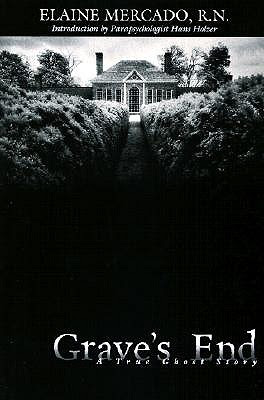 In 1982 Elaine Mercado and her family moved from an apartment into what they hoped would be their dream home. This house, in the Gravesend section of south Brooklyn, needed some work, but the family felt they could convert this three floor house into both a home and a place where Elaine’s husband could have ample office space. But things didn’t go smooth. There were tenants who didn’t want to move out, and then, once they had finally moved in, strange things began to happen.

I first came across this book on the Scouting New York blog and it looked interesting, although I will admit that I am a total sceptic and do not believe in ghosts.

If I were to treat this book as fiction I’d have to say that it is a solid book. Entertaining and interesting. Although the plot could have been more dramatic, and the ending was a little opening in places. But of course, I can’t really treat it as fiction can I? It says on the cover that this is a true story, and although I amn’t able to believe that I would like to have an open mind on the subject. Hmmm, maybe that sentence doesn’t make much sense. What I mean is that I don’t believe it, but I’d sort of like to. Or at the very least to be able to entertain the idea that it might be true.

The way the story is told, with Mercado a sceptical narrator herself for a lot of the time, makes it a more plausible story. And some of her reactions are completely and totally understandable. Others maybe less so. But people are very rarely entirely rational in how they behave, so a narrator who makes perfect sense all of the time isn’t a real narrator.

This is a book that would have been perfect for the RIP challenge, but I got to it too late, however if any one is planning ahead I would recommend that you add it to your list for next year :)