This is the final week of our group read of The Lantern, and it was a really good experience. First off because I don’t think I would have read this one without the group prompting me to. And Secondly because I thought about it a lot more than I otherwise would have. Hats off to Carl for this, and for the RIP challenge in general of course.

On to the questions, but first! spoiler warning is in effect.

That’d be major spoilers, right from the first question so no moaning if you read on and find out something you didn’t want to know. 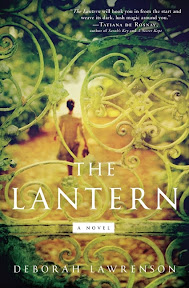 Other responses to these questions : Stainless Steel Droppings ; Beauty is a sleeping cat ; Somewhere I have never travelled ; Piling on the books ; Books without any pictures ; Estella’s revenge ; We be reading ; What Kate’s reading