A retelling of the story of Beauty & the beast

Read for this year’s RIP challenge. Check out the RIP review site.

Honour is the youngest of three girls. Her mother died soon after the birth of a fourth daughter, as did the baby, when Honour was only a toddler. Her father is a very successful business man, and has built up wealth and status in the city. Honour herself feels that she doesn’t live up to her nickname of beauty, but that is what everyone has called her since she was five years old, so Beauty she remains. All seems to be going well with the family when disaster strikes. Three of her father’s ships & investments are lost, and they are forced to leave the city and set up home in the country. All three girls must learn to work hard if they are to get by, but none shirk their duty.

As they are settling in to their new home and new circumstances news arrives. A ship has made it back. Their father sets off to finish his business, but on his way back home he becomes lost in a storm. He finds safety in a strange, enchanted castle, but upon leaving its gates he sees a rose garden. Remembering his youngest daughter’s desire for some rose seeds he plucks one. Only for the enraged owner of the castle to accuse him if betraying his welcome. This beast threatens to kill the rose thief, but eventually relents saying that he may leave, provided he returns with his youngest daughter who must stay with the beast. 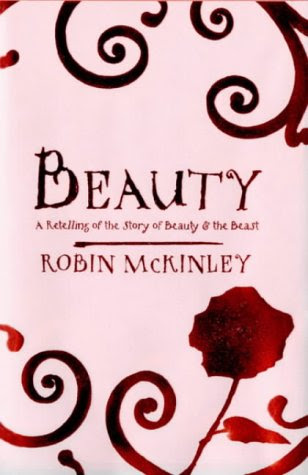 I’m guessing that I didn’t need to relate that to you, after all, pretty much every one is familiar with the story of Beauty and the Beast. This version, published back in 1978 is an adaptation of that classic fairy tale. But you will find no squabbling sisters, or petty jealousies. All the girls are loving sisters and daughters. And there are no evil stepmothers. What a relief!

I enjoyed this book, but it felt a little uneven to me. Some aspects were almost too practical for the sudden magical elements in it. The enchanted castle and curse upon the Beast didn’t seem to fit with the start of the book at all.

A nice, enjoyable read, but not McKinley’s best. It was her first so that can be excused