ISBN: 9780007327157
I first heard of Shaun Ellis when I watched the Natural Geographic documentary on him and his theories about how playing recordings of wolf packs can stop wolf attacks on farm animals. It worked in Poland, but Ellis has no science-biology background so his theories aren’t really accepted. Wolves have always been among my favourite animals, so I guess I was always going to be interested, like the way I’ll always watch those animal rescue shows, even when I know they’re bound to be all overly dramatic and manipulative. 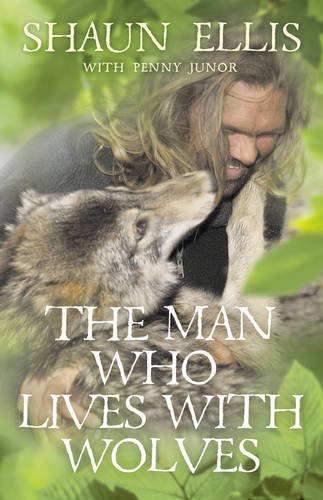 I have to say that I really found this a fascinating read. I didn’t think I would, I thought it would be another average animal book, but it was more a look at SEllis himself. The story of childhood was such a great example of how children perceive the world around them, and how they can misunderstand what was going on. He says several times that he didn’t really realise that his mother was living with him; he associates his childhood with his grandparents, especially his grandfather who taught him so much about the countryside, and animals in general. His mother spent so much time working and earning money to suppose her family that her child thought she had abandoned him. He only really figured out what actually happened much later in life.

But as fascinating as that is, most of the book is about Ellis’ life with wolves and how he began to interpret their actions, as well as the way his theories were taken by the biologists who studied wolves.

If you are interested at all in wolves and their behaviour, and indeed in dogs then this is a book you should take a look at. For example Ellis believes that the current thinking about always taking the “alpha-dog” role doesn’t always work out as intended. He believes there are different ranks of wolves, and that these ranks also translate across to the dog world. He sees the alpha dog as being the thinking dog, not the one that comes forward to mete out discipline or launch an attack. That is the beta wolf’s job, he (usually this is a male wolf) is the muscle or the enforcer. There is also what Ellis calls the tester, the wolf that continually checks for weaknesses in pack members, always pushing others to their limits and discovering how they react. The nanny looks after the puppies when the alphas are off hunting. There are mid to low ranking animals who obey orders and do the grunt work. And then there is what is usually known as the omega animal. To Ellis this wolf is the peacemaker. When other pack-members are aggressive and tense this is the animal who puts himself in the middle of the argument and, by taking the brunt of the punishment, brings peace between the fighters.

And then there are his theories regarding food and behaviour, and how the alpha female will chose what animal to hunt based on what behaviour or temperament she is looking for in the pack.

But there is also a lot of controversy over Ellis out there. With plenty of people saying that there is no proof of him ever doing what he said he did.